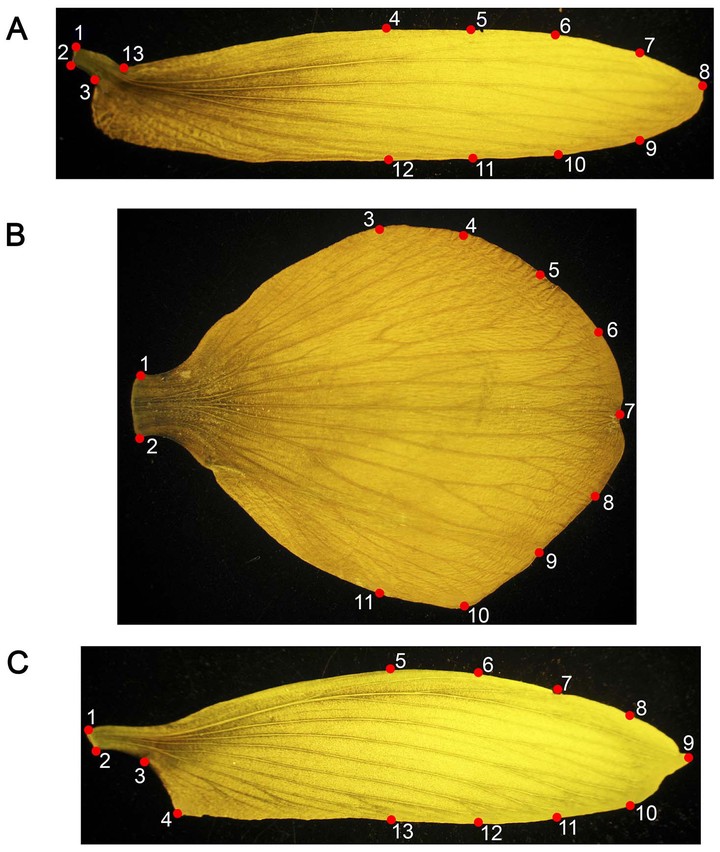 _Sophora toromiro (Phil) Skottsb. is a species that has been extinct in its natural habitat Easter Island (Rapa Nui) for over fifty years. However, seed collections carried out before its extinction have allowed its persistence ex-situ in different botanical gardens and private collections around the world. The progenies of these diverse collections have been classified in different lines, most of them exhibiting high similarity as corroborated by molecular markers. In spite of this resemblance observed between the different lines, one of them (Titze) has dissimilar floral elements, thus generating doubts regarding its species classification. The floral elements (wing, standard and keel) belonging to three different S. toromiro lines and two related species were analyzed using geometric morphometrics. This method was applied in order to quantify the floral shape variation of the standard, wing, and keel between the different lines and control species. Geometric morphometrics analyses were able to distinguish the floral elements at both intra (lines) and inter-specific levels. The present results are on line with the cumulative evidence that supports the Titze line as not being a proper member of the S. toromiro species, but probably a hybridization product or even another species of the Edwardsia section. The reintroduction programs of S. toromiro should consider this information when assessing the authenticity and origin of the lines that will be used to repopulate the island.